Turquoise was among the first gems to be mined by our ancestors with many historic sites now exhausted.

Hardness and richness of colour are the two major factors determining the value of turquoise; while colour is a matter of individual taste, generally speaking, the most desirable is a strong sky to robin egg blue. It is rare and valuable in finer grades and has been prized as a gemstone and ornamental stone for thousands of years. Whatever the colour, turquoise should not be soft or chalky as it is liable to fade or discolour over time and will not hold up to normal use in jewellery.

An important source of turquoise for at least 2,000 years has been Persia (now Iran). Persian turquoise was used to cover the domes of palaces because its intense blue colour symbolised heaven on earth. Their deposits are blue naturally with the oldest known workings in Nishapur. It is a durable turquoise which was used extensively in Georgian and Victorian jewellery and remains highly valued and sought after for its fine colour.

Another important source was the Sinai Peninsula in Egypt which is believed to be the oldest known mines. Here the turquoise is typically greener than Persian turquoise. 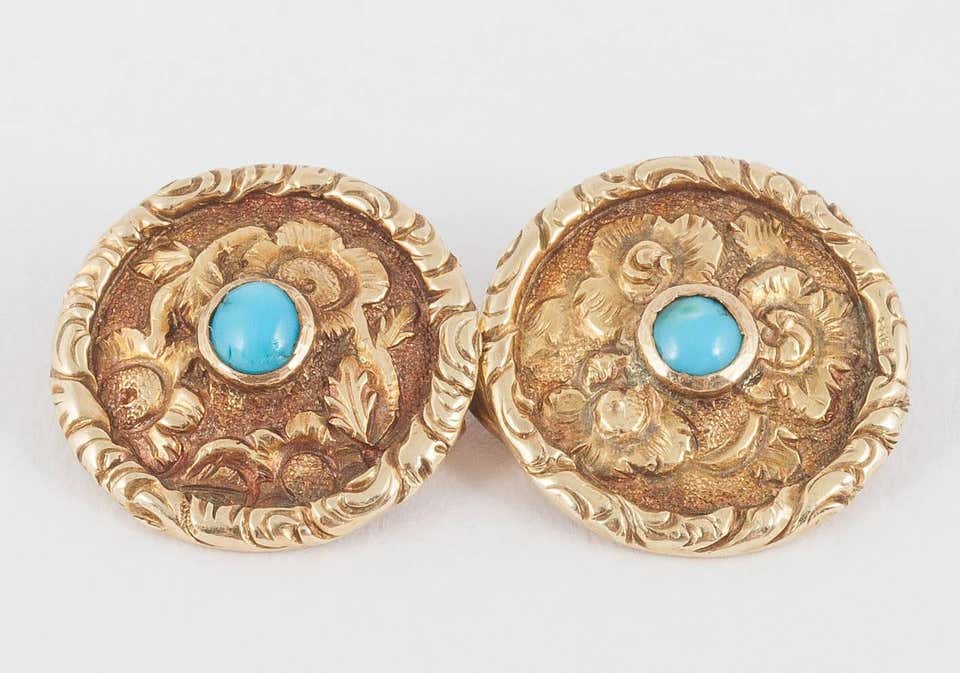 More recently the United States has become a significant source of turquoise used in modern jewellery. New Mexico was the country’s largest producer although it is more or less exhausted today. Arizona has more recently been an important producer of turquoise with the Sleeping Beauty mine producing turquoise of unique colour, rivalling the Persian material in durability. This mine has now closed increasing the value of this turquoise. In general, however, American turquoise compared with Persian turquoise is of a lower grade with high levels of iron which means that greens and yellows predominate. It is not very durable requiring to be treated or enhanced to be able to be used in jewellery

Unfortunately, in common with other opaque gems, turquoise has been devalued by the introduction of treatments, imitations and synthetics. It is therefore important when buying turquoise to recognise the difference between natural, synthetic and treated turquoise, in theory any such treatments which have been performed should be disclosed to the buyer.

I have a very limited number of turquoise pieces but all are with the Persian turquoise which to me is the finest colour of them all. The two examples in this post are from the early 19th century. 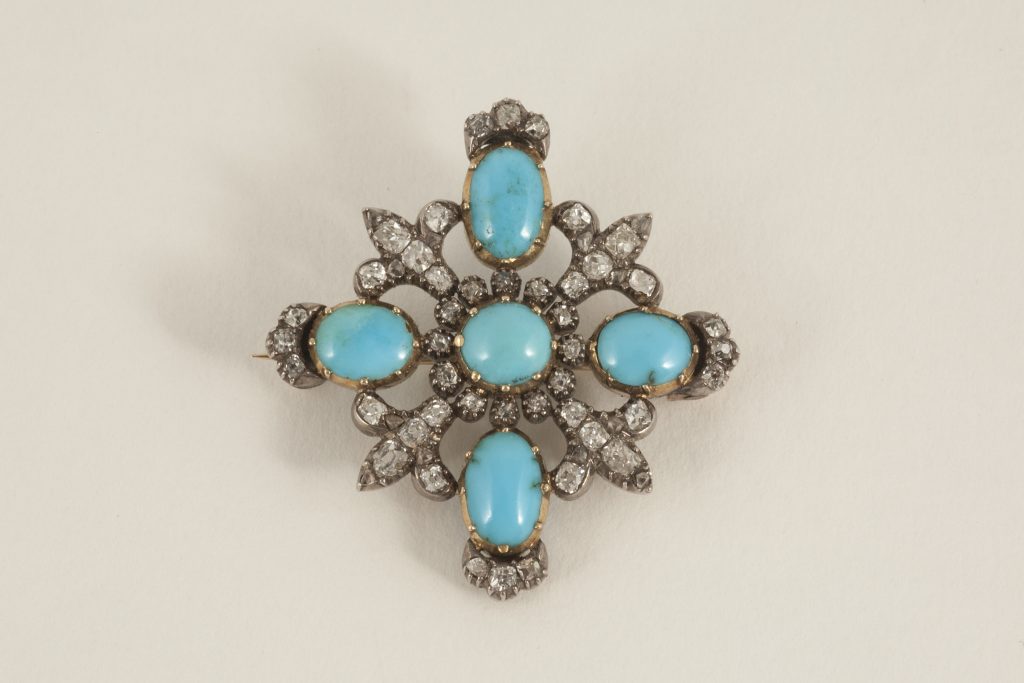