When I was young my Grandfather, a very keen angler, shot and yachtsman, took my younger brother and I on our first fly fishing trip to his local lake near Helston in Cornwall. From that moment on, I was hooked on the sport, from learning how to cast a fly line, to dropping a dry fly into the path of a cruising trout. Very exciting indeed at the tender age of ten.

At the age of seventeen after leaving school, I applied for a job as a salesman in the fly-fishing trade with the company C Farlow and Co (associated with Farlow Sharpe’s of Aberdeen) located in Pall Mall, London.  After nine months, I moved jobs to the other end of Pall Mall to work for the House of Hardy, or Hardy Bros, as they were better known in the trade. During my four and a half years there, I learnt a great deal about the equipment needed to catch both trout and salmon, whether it be delicate dry fly fishing on the River Test, to deep water wading for salmon in Scotland. My knowledge and love of the sport has remained with me to this day and to a degree, has been useful in the years that followed. 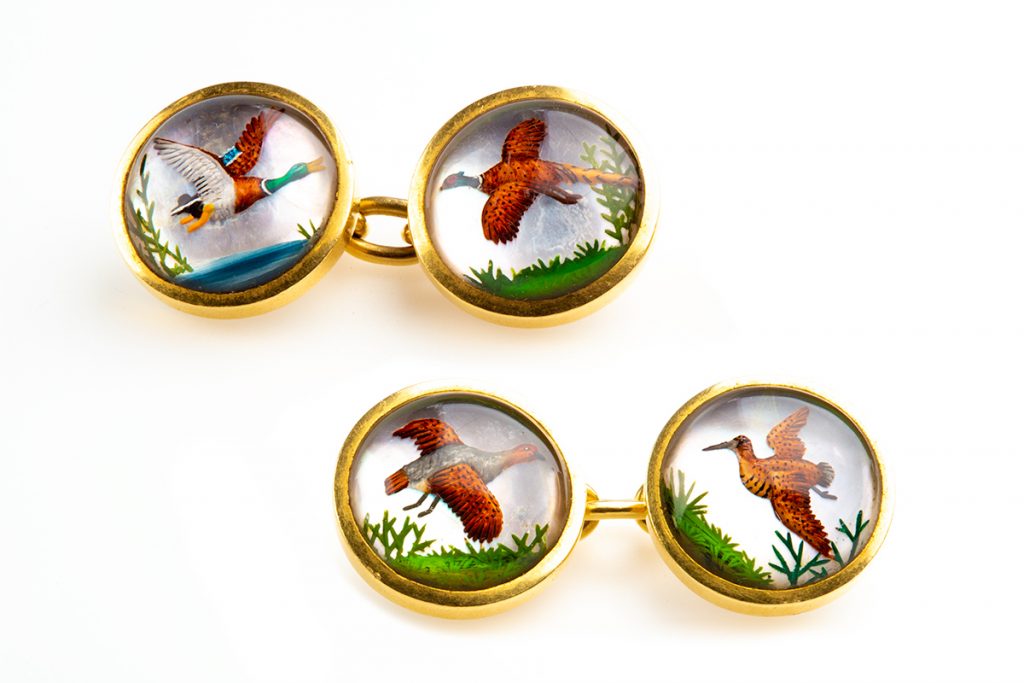 I had the pleasure of meeting some very well-known people during my time at Hardy Bros. One particular memorable moment was when the well-known footballer, Jack Charlton came into the shop and wanted to be fully kitted out with everything he needed to be able to fish his local reservoir. Two and a half hours later he thanked me for all my help and left the shop with a biggest smile ever on his face. I would like to believe that I played a small part in fuelling his passion for fishing which eventually led him to host a television series on fly fishing some years later.

In 1979 my life changed direction, I joined my Father and Brother at the renowned jewellers, Harvey and Gore in Burlington Gardens, London W1. It was here that I learnt about buying and selling fine jewellery, specialising in wearable items of the 18th to the 20th century. Initially, my particular speciality was anything connected to the sporting world of game fishing but as I progressed I started to collect any finely made jewellery that was of a sporting nature or game related.

My passion for sporting and game related jewellery, is … as strong as ever

Upon the end of our lease in 2005, I decided to move on and began trading under my own name from the Grays Antique Centre W1, where I am still based.  I continue to deal in finely made jewellery but have added fine Cufflinks to my specialities with around 100 pairs in stock. My passion for sporting and game related jewellery, is however as strong as ever. At the moment I have in stock a pair of gold mounted, crystal cufflinks, with painted game birds in flight, a white gold brooch in the form of a Salmon, a Victorian gold Snipe brooch, and a very fine brooch of a diamond set horse head pavé set with diamonds within a similarly set horseshoe, to name but a few items. 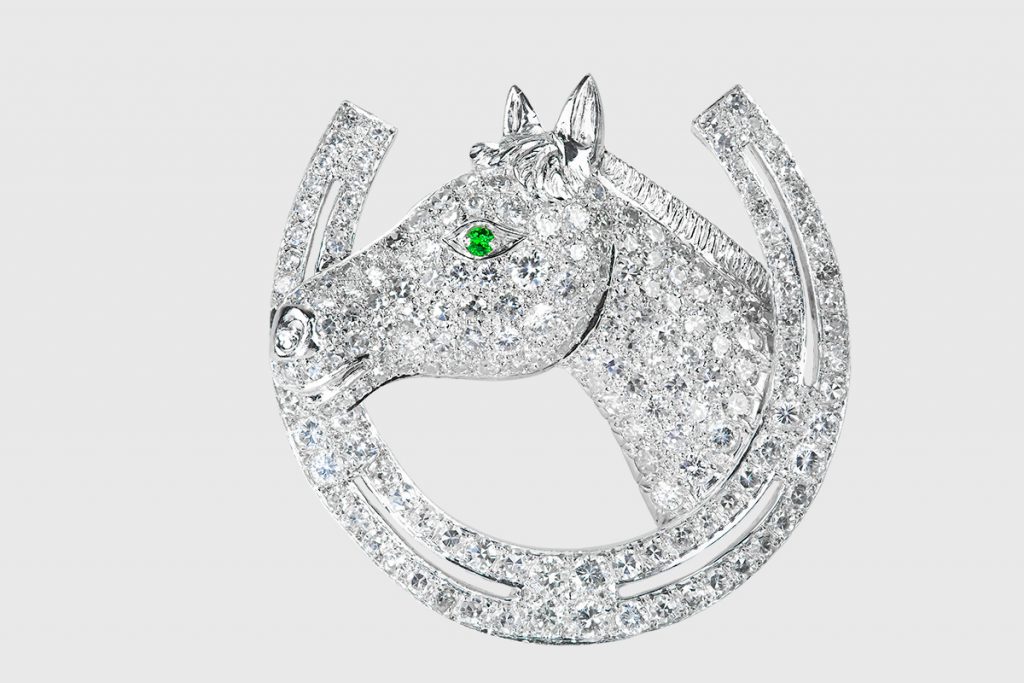 I not only have my Father to thank for the wealth of knowledge he imparted to me during my many years with Harvey and Gore but I also seem to have mastered his art in story telling too. So here’s an amusing one for you.

It was when Grandpa took my brother and I all those years ago on possibly our third fishing trip to the local lake. We had caught nothing in the first hour, and were quickly losing patience so we decided to go and watch Grandpa. He agreed that no trout were rising at all so ten minutes later, we decided to have a little game with him. We collected some small gravel stones, and while he was casting his line in one direction, we threw a piece of gravel to his right. He immediately lifted his line, and cast into the direction of the forming rings. We continued to do this for about twenty minutes. A little later, we went over to him and asked again how he was getting on. He was quite perplexed stating how difficult it was that night, with plenty of fish rising, but nothing biting. He really couldn’t understand how such a good fisherman as himself was unable to catch anything, which of course was quite embarrassing in front of his young grandsons. We never let on and as mischievous youngsters, we continued with our little pranks whenever we were given the opportunity. This day ended in our favour, 0 to Grandpa, 1 to the Grandsons, which was some consolation for not catching any fish!